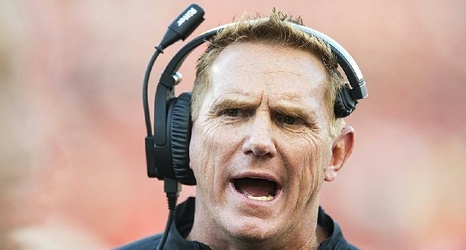 JONESBORO -- A ninth consecutive bowl appearance for Arkansas State University is essentially guaranteed at this point, but Coach Blake Anderson maintains there's plenty of growth he wants to see out of his team.

The Red Wolves (7-4, 5-2 Sun Belt Conference) take a four-game winning streak into the final week of the regular season.

All that remains before an impending bowl trip is a sleepy Black Friday matchup against South Alabama (1-10, 0-7). Kickoff from Mobile, Ala., is set for 4 p.m.

Anderson said he doesn't expect the Jaguars, whose lone victory came against Jackson State in Week 2, to lie down.