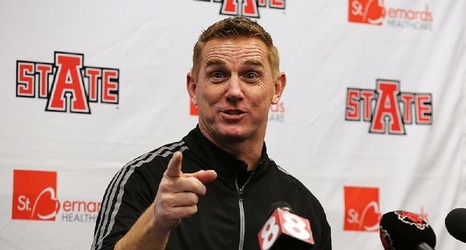 JONESBORO -- Blake Anderson knew the questions would come. Not just the bowl questions, but the Missouri questions, too.

After a week when reports swirled that the sixth-year Arkansas State University coach was in talks with the University of Missouri about its heading coaching vacancy, Anderson spoke publicly Monday for the first time about how far things got with the Tigers.

Anderson maintained he's fully committed to leading the Red Wolves' program -- one that's headed to the Camellia Bowl to face Florida International on Dec. 21 for its ninth consecutive bowl appearance -- but he wasn't shy about leaving the door open down the road for a possible exit.