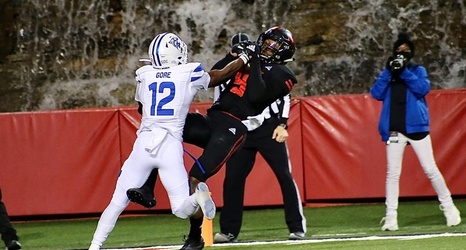 Also named the league's offensive player of the week on Sept. 14, Adams tied the school record for receptions in a game with 15 catches for a career-high 177 yards and two touchdowns during the Red Wolves' 59-52 victory over Georgia State last Saturday. His 15 receptions not only matched former wideout J.D. McKissic's school-record total against Missouri in 2013, they tied the most in the nation this season and equaled the second most in Sun Belt history.