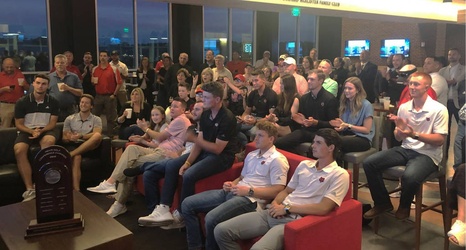 JONESBORO, Ark. (5/1/19) – Announced during the NCAA Division I Men’s Golf Championships Selection Show Monday night on the Golf Channel, Sun Belt Conference champion Arkansas State is set to play in the Louisville (Ky.) Regional May 13-15 as the No. 6 seed.

The Red Wolves learned their NCAA Regional destination alongside a crowd of supporters on hand for a selection show watch party held at Centennial Bank Stadium’s Woodard McAlister Family Club. Making its fifth all-time appearance in the NCAA Championships, A-State is one of 13 teams that will compete in the Louisville Regional at the University of Louisville Golf Club.