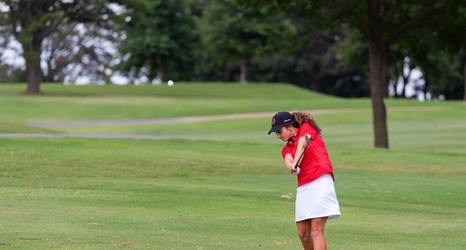 A-State (33-27-1) posted a three-day total of 882 (+18), the seventh-lowest three-round total in program history. This marks the second-consecutive event that the Red Wolves post a top-10 low three-round total after posting the second-lowest mark of 877 last month at the First Coast Classic. Sam Houston State finished at 866 (+2) for the tournament while Incarnate Word was third with a total of 894 (+30).

Elise Schultz carded a final round 2-under par 70 to finish tied for third with a total of 216 (E), tying her career-best three-round total.