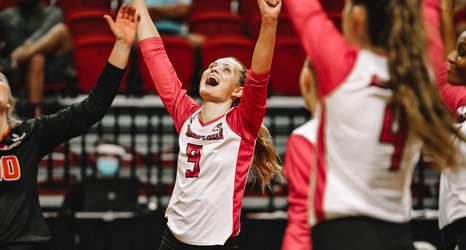 A-State (4-1, 4-1 Sun Belt Conference) held the Warhawks (1-10, 0-8) to a sub-zero attack percentage of -.117 to close out the three-match stretch while recording seven total blocks as a team. In three matches, the Red Wolves were dominant at the net, knocking down 32 total. With the win, A-State improved its winning streak versus ULM to 39 straight matches and won four straight conference matches for the first time since 2018.