Yurachek understands the urgency, but in no rush 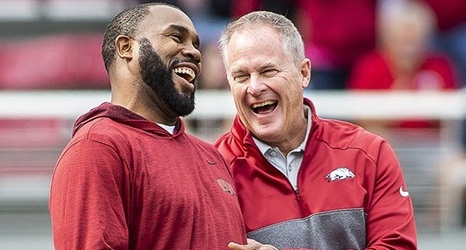 FAYETTEVILLE -- The University of Arkansas' search for a head football coach hit the one-week mark today.

Second-year Athletic Director Hunter Yurachek said Monday he would begin putting feelers out to see who is truly interested in the position and that he'll keep all the candidates under his hat.

Certainly he has top targets in mind to replace the fired Chad Morris, but interviewing those coaches might take until after Thanksgiving or possibly later.

Yurchek indicated Monday he would not be in a big rush to make the hire, but he said the looming signing period of Dec.