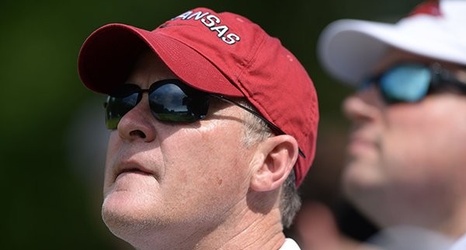 FAYETTEVILLE — Nearly 19 months into his tenure, University of Arkansas athletics director Hunter Yurachek has standardized the contracts for many of the head coaches of the Razorbacks' 19 sports programs.

Of the 11 Arkansas head coaches who were on staff when Yurachek was hired, seven have amended or new contracts with similar parameters that can extend their employment by up to two seasons and include up to two pay raises for competitive success, notably reaching the NCAA postseason in team sports. Each contract includes a cap on the maximum length of employment (not to exceed seven seasons in most cases) and total potential pay raise, which is based on the individual's salary.