White hopes to carry on family tradition at Arkansas 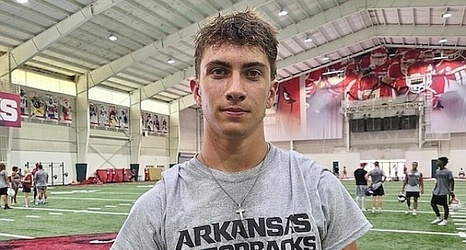 One of the state’s brightest young football prospects got a chance to show off his skills Thursday at an Arkansas camp.

“I think today went really well," White said. “There were a few balls I was mad about, but overall I think I did really well. Briles says I have a heck of a cannon. There’s some passes where I take a little bit off of it and he’s really pleased with that.