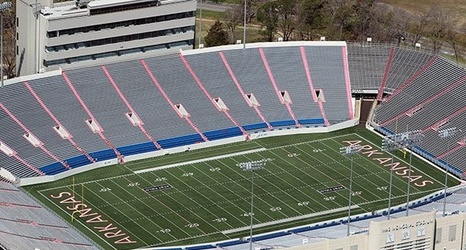 A state council has awarded a $900,000 grant to the Division of State Parks for renovations and upgrades at War Memorial Stadium in Little Rock.

The Arkansas Natural and Cultural Resources Council decided Wednesday to distribute $27.3 million in conservation and historic preservation grants to fund 22 requests from six state agencies, 11 colleges and universities, and the treasurer's office for fiscal 2021, which starts July 1, according to state records.

The council received 24 requests seeking a total of $32.8 million for fiscal 2021, the Department of Parks, Heritage and Tourism's records show.

The parks division was awarded $9 million for park improvements, including $900,000 for War Memorial Stadium renovations and upgrades, and $9 million to the Division of Arkansas Heritage for various improvement projects.