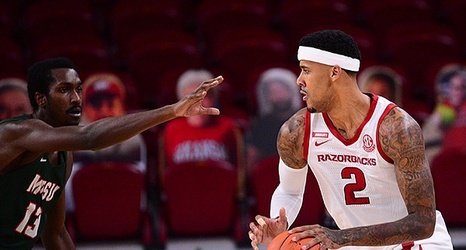 Jackson, who signed with the Razorbacks last spring and played in 26 games during the 2020-21 season, has committed to East Carolina, according to a post to his Instagram story. On May 18, he stated his intent to transfer from Arkansas and take advantage of the extra year of eligibility provided by the NCAA because of covid-19.

A Pasadena, Calif., native, Jackson began his college career at UConn before transferring to New Mexico, where he played two seasons. He earned a start in three games at Arkansas and averaged 11.