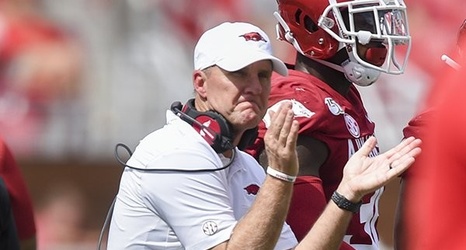 FAYETTEVILLE -- In the not-too-distant past, the Arkansas Razorbacks were golden against lower-level competition.

Nowadays, University of Arkansas fans face games like tonight's 6:30 p.m. kickoff against San Jose State (1-1) with at least a hint of trepidation.

The Razorbacks are 20-6 in games against non-Power 5 opponents since the start of the 2012 season. A look at those games:

The Razorbacks (2-1) are a big favorite against the Spartans and are looking to build momentum from last week's furious fourth quarter in a 55-34 victory over Colorado State.