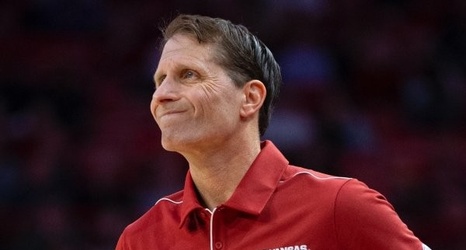 FAYETTEVILLE -- Back in Eric Musselman's CBA days, he once coached his team from high in the stands at Rushmore Plaza City Center in Rapid City, S.D.

It was the 1992-93 season during Musselman's five-year stint as general manager and coach of the Rapid City Thrillers.