Time for talk over 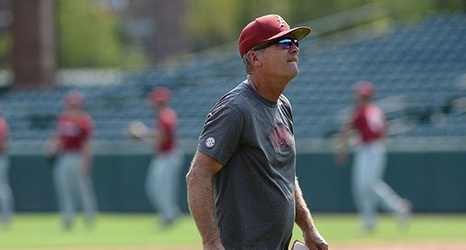 Back-to-back College World Series appearances fueled by consecutive SEC West co-championships has expectations in overdrive for the No. 5 Razorbacks, who open the season at 2 p.m. today against Eastern Illinois at Baum-Walker Stadium.