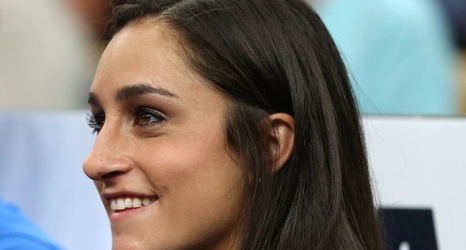 In a huge statement of intent, Hunter Yurachek has announced Jordyn Wieber as the next head coach of the Arkansas Razorbacks Gymnastics program. Coming at the heels of long time coach Marc Cook’s retirement, the olympic gold medalist’s arrival should be met with fanfare.

If you’ve watched gymnastics at all in the past ten years, you’re likely familiar with Wieber, who is one of the more prolific gymnasts in history. A part of the “Fierce Five” at the 2012 Olympics, Wieber earned an Olympic gold medal, as well as winning two U.S. All-Around Championships and one All-Around World Championship.