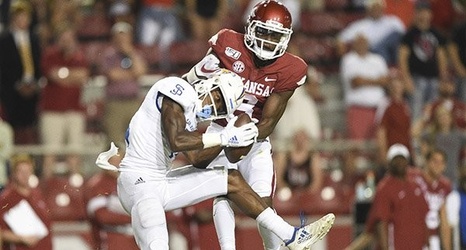 FAYETTEVILLE — Before Arkansas can expect to win in the SEC, it has to compete more consistently against the Mountain West Conference.

With its stunning 31-24 victory, San Jose State dropped the Razorbacks to 1-2 against MWC teams in the Chad Morris era. Arkansas also lost to Colorado State last season and scored the final 21 points to defeat the Rams last week.

Morris' team is now 2-3 against teams from the Group of 5 conferences. The Razorbacks shut out Tulsa and were blown out by North Texas last season in Fayetteville.

The San Jose State game felt a lot like that 44-17 loss to North Texas a year ago.