State of the Hogs: Free fall into the abyss 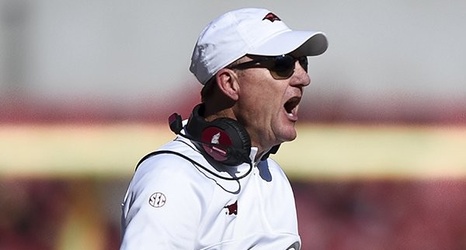 None are capable of lifting the Razorbacks out of college football’s abyss.

After Storey helped Western Kentucky bludgeon Arkansas, 45-19, on Saturday, Morris provided the media on the scoop on why the team is in the abyss.

Just for clarification, Webster defines abyss: a bottomless pit. And, that’s not where Morris said the Hogs sit. That’s me.

The Hogs are in a free fall with no end in sight.