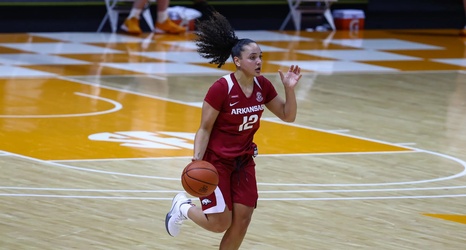 Arkansas Ladyback point guard, Destiny Slocum is headed to Sin City. She will be playing her professional basketball with the Las Vegas Aces. The Aces chose her with the 14th pick of the WNBA Draft on Thursday.

Slocum joined the Razorbacks last spring when she transferred in from Oregon State. The talented guard was named second team All-SEC by the leagues coaches this season.