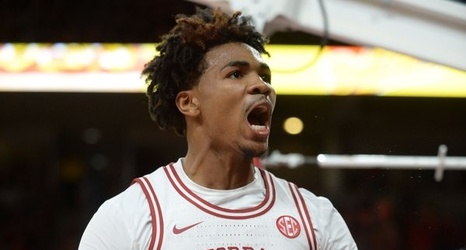 FAYETTEVILLE -- University of Arkansas guard Desi Sills continues to struggle with his perimeter shooting, but he's still contributing in a significant way on offense for the Razorbacks.

Sills scored a season-high 17 points in Arkansas' 66-60 victory over Northern Kentucky on Saturday despite shooting 0 of 5 on three-point attempts.

The 6-0 sophomore did his damage on the inside, either driving through Northern Kentucky's zone for layups or scoring on fast breaks, including a dunk after making a steal.

With Mason Jones, the Razorbacks' leading scorer at 18.5 points per game, sidelined against the Norse because of a shoulder injury, Sills more than doubled his average coming into the game of 8.