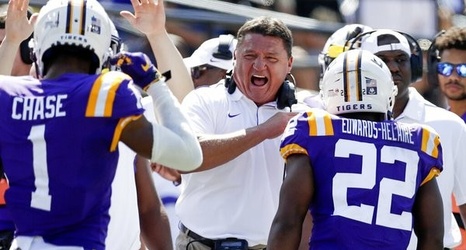 GAINESVILLE, Fla. — Kyle Trask threw for 293 yards and two touchdowns in his first start in nearly seven years and No. 9 Florida beat slumping Tennessee 34-3 Saturday, extending the Gators' dominance in a series that used to be the most prominent in the Southeastern Conference's Eastern Division.

Trask's first collegiate start was far from perfect, though. The fourth-year junior lost a fumble and threw two interceptions against the Volunteers (1-3, 0-1 SEC)

But he did enough to overcome those miscues and lead Florida (4-0, 2-0) to its 14th win in its last 15 games against Tennessee.