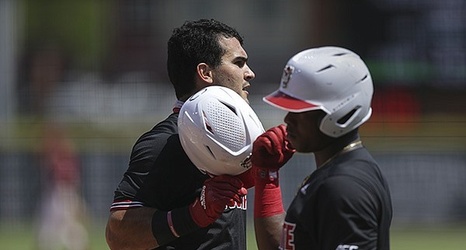 FAYETTEVILLE — North Carolina State took it on the chin in Friday’s super regional opener at No. 1 Arkansas, but Coach Elliott Avent’s squad didn’t let that 21-2 whipping get it down.

The Wolfpack rebounded Saturday and held off a late Razorback rally to score a 6-5 win and force a game 3 today at 5 p.m. at Baum-Walker Stadium.

“They’ve done this all year and nothing needed to be said,” Avent said.