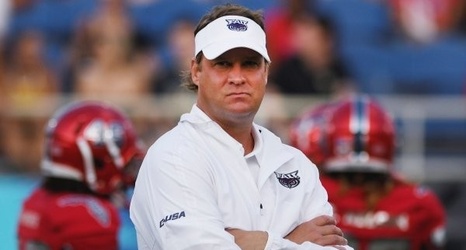 FAYETTEVILLE -- The University of Arkansas football team might be facing Lane Kiffin in the SEC West next season instead of having him coach the Razorbacks.

"The feeling around the college football world tonight is that Ole Miss has outflanked Arkansas in the Lane Kiffin sweepstakes, such as it is," USA Today columnist Dan Wolken tweeted Friday night. "Obviously still a fluid situation and nothing gets done until after tomorrow's games, but the Razorbacks may need to make contingency plans.