Recruiting update: Arkansas loses one of top 2020 commits, trending well with two others 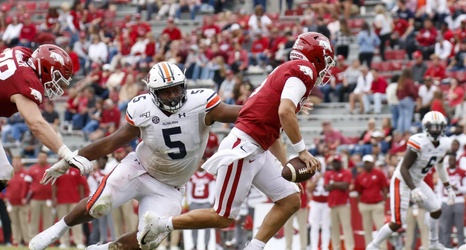 Falling to the No. 9 Auburn Tigers, 51-10, on October 19 in Fayetteville, the Arkansas Razorbacks are now 2-5 on the season, including an 0-4 mark in Southeastern Conference play.

The loss of French is especially gut-wrenching considering he was in Fayetteville for his official visit for the Auburn game, and decommitted just two days later.

Having taken his official visit to Knoxville on October 4, the Tennessee Volunteers are now expected to land his services.