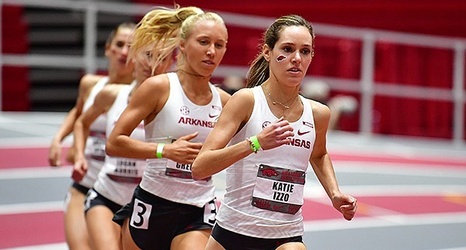 The University of Arkansas women’s and men’s track and field teams opened the indoor season by sweeping titles at the Arkansas Invitational on Saturday at the Randal Tyson Track Center in Fayetteville against a field that included several in-state colleges and Oklahoma.

“No. 1, we’re super excited we got our opener out of the way and everybody is healthy,” Razorbacks women’s Coach Lance Harter said. “It’s a good, strong indicator that people took care of themselves during the holidays.