Razorbacks to host Troy in November 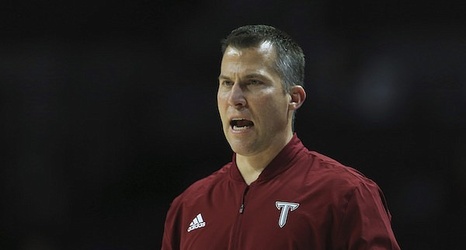 FAYETTEVILLE — Arkansas will host a men’s basketball game against Troy in the upcoming season, according to the Trojans’ schedule that was released Thursday.

The game on Monday, Nov. 28 will be played at Bud Walton Arena in Fayetteville. The Troy schedule does not include a tip-off time.

Arkansas and Troy have met five times previously and not since an 88-63 victory by the Razorbacks on Dec. 16, 2017, in North Little Rock. They have not played in Fayetteville since Arkansas won 75-60 on Dec.