Razorbacks No. 1 in early polls 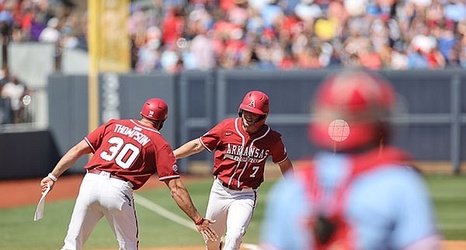 It appears the Razorbacks are on their way to reclaiming unanimous No. 1 status this week following an impressive series victory at Ole Miss, including an 18-14 victory in the rubber match series finale Sunday.

Arkansas (26-5, 9-3 SEC) was ranked No. 1 in the early polls released Monday by D1Baseball and Baseball America. The other four major polls — including the USA Today Baseball Coaches Poll that is recognized by the Arkansas Democrat-Gazette as its poll of record — will be updated by the end of the day.