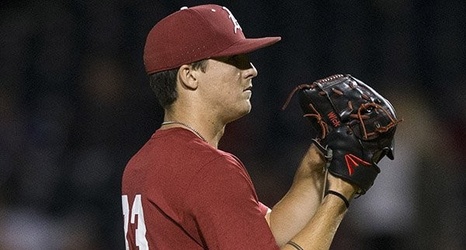 FAYETTEVILLE -- It was a pitchers' duel Friday night at Baum-Walker Stadium.

The University of Arkansas baseball team used 12 pitchers and Oklahoma used 14, but the Razorbacks and Sooners combined for just seven runs over 14 innings in an exhibition game before an announced crowd of 6,387.

Oklahoma was ahead 4-3 when the game finally ended at 12:12 a.m. on Saturday, and the Sooners won the nine-inning portion of the exhibition 4-2.

Over the first nine innings, the Razorbacks had six hits -- five singles and Heston Kjerstad's triple -- and struck out 13 times.