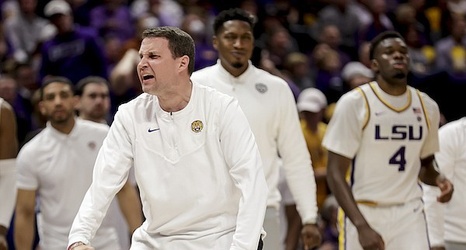 FAYETTEVILLE — LSU wasn’t known for defense in the previous four seasons under Coach Will Wade.

But the No. 12 Tigers have gotten defensive in a major way this season.

Going into LSU’s game today against the University of Arkansas, the Tigers are first nationally in field goal defense (35.0%) and steals (12.1), fifth in scoring defense (56.5 points per game) and sixth in three-point defense (26.3%) and turnovers forced (18.