Razorback Flash From The Past: Norm Debriyn 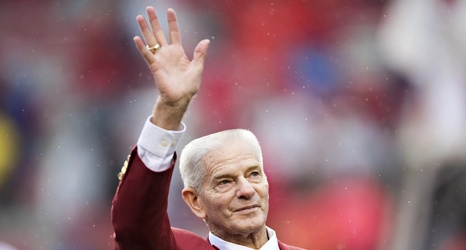 That season, they were the regular season Southwest Conference champions with a 19-5 SWC record (Tournament runner-up) and won the school’s first regional title before eventually finishing as the runner-up in the College World Series to Cal State Fullerton.

Hogs went on a tear acheiving the best record in school history by a long shot at the time (won 36 of their first 40 games).

Arkansas was selected for the East Regional in Tallahassee and went 4-0 defeating George Washington 12-11, Florida 9-1, and Delaware twice.