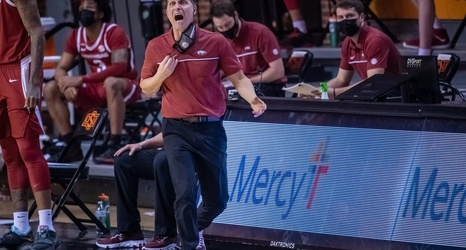 Frank Martin has had some underwhelming seasons at South Carolina, but 2020-21 is by far the worst.

This group of Gamecocks lacks a lot of the physicality and toughness that Frank Martin’s teams are known for. The roster just isn’t built the same way.