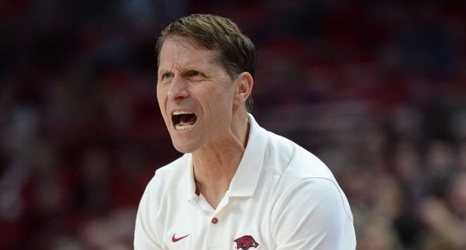 In the first five games of the season, Arkansas was fantastic defensively in not allowing the opposing team's best player to hurt them scoring the ball.

In that span, the most points any one player scored on the Razorbacks was 15. Against Rice, North Texas and Montana, that number was 13. Now, after Arkansas' 86-79 overtime loss at Western Kentucky, coach Eric Musselman's club has seen an opposing player pour in 20-plus points against it in four consecutive games.

Saturday, that player was Hollingsworth, whose six assists matched a career high and helped the Hilltoppers bounce back from a road loss at Wright State on Tuesday.