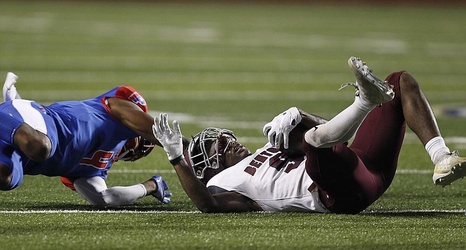 Could the next Isaiah Simmons be a junior at Little Rock Parkview?

Simmons is the former Olathe (Kan.) North wide receiver and defensive back who came to an Arkansas camp and wanted to commit on the spot, but former Razorbacks coach Bret Bielema and his staff could not decide which position he would play. They did not offer him.

Simmons eventually signed with Clemson, initially played as a safety then turned into an All-American linebacker/defensive end whoe was a 2019 first-round NFL draft choice of Arizona, where he had a solid 2020 season.