O'Grady to play in NFLPA game 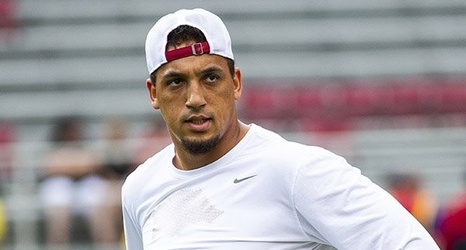 Former Arkansas Razorback tight end Cheyenne O’Grady has accepted an invitation to play in the annual NFLPA Bowl in January.

O’Grady, of Fayetteville, tied Mike Woods for the team lead with 33 catches for 372 yards and 3 touchdowns. O’Grady played in only seven games and left the team after a dispute with the coaching staff that led to him departing the team after catching the team’s lone touchdown in a 48-7 loss at No. 1 Alabama.

Former NFL Coaches Marvin Lewis and Hue Jackson are scheduled to coach the teams in the NFLPA Bowl.