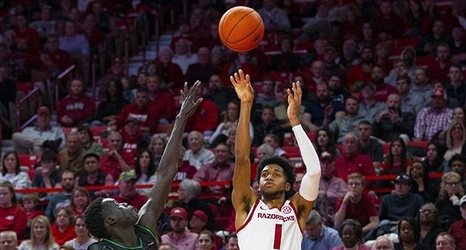 FAYETTEVILLE -- The University of Arkansas is struggling to make three-point shots almost as much as its opponents.

On the other side of the ball, Arkansas ranks 337th in three-point shooting out of 350 NCAA Division I teams.