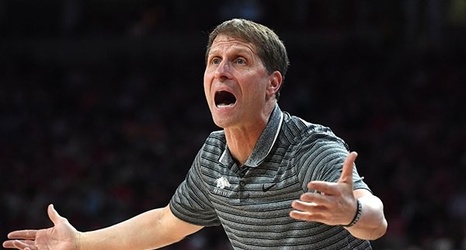 You have to like Coach Eric Musselman’s approach to the SEC Tournament.

He didn’t even know who the University of Arkansas would play Thursday if the Razorbacks beat Vanderbilt tonight in the opening round.

He was focused on the first game only, though he did admit to packing enough clothes for the entire tournament. He plans on sticking around, but he’s worried about only the Commodores.

The Commodores are riding a two-game winning streak with victories at Alabama 87-79 and at home over South Carolina 83-74 to close the regular season.

Bridgestone Arena is not Vandy’s home court, but as Musselman pointed out, playing in their hometown allows the Dores to sleep in their own beds.