Musselman has sights on in-state talent 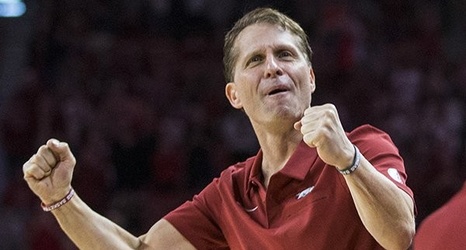 Williamson, 6-8, 225 pounds, is the son of former Razorback and NBA great Corliss Williamson. He received an offer from St. John’s on Wednesday to go along with others from Oral Roberts and the University of Arkansas-Pine Bluff. Kansas and Southern Miss also have shown interest.

All three prospects were slated to play for the Joe Johnson Arkansas Hawks until coronavirus canceled spring and summer basketball.