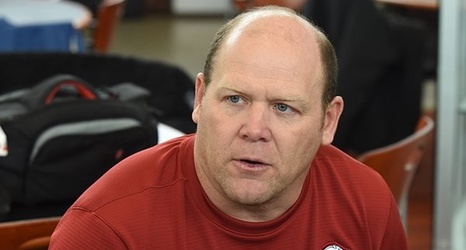 FAYETTEVILLE -- New University of Arkansas defensive coordinator Barry Odom has been around the block a time or two -- frequently on his daily walks with Coach Sam Pittman -- so he knows there isn't a simple answer to what defensive scheme the Razorbacks will base out of in 2020.

In multiple interviews since Odom came on board in December, the former Missouri head coach who played middle linebacker at Missouri and has been a position coach for both linebackers and safeties over the years, has talked about needing to employ various fronts.

"We're going to be really multiple," Odom said on a teleconference last week.