Moody drafted by Warriors with No. 14 pick 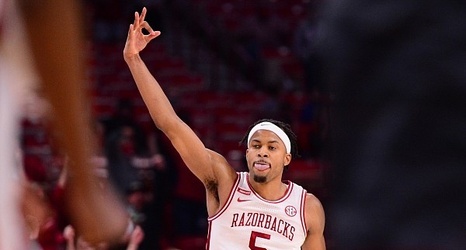 Moses Moody, the star freshman shooting guard from Little Rock who led the Razorbacks in scoring in 2020-21, was selected No. 14 overall by the Golden State Warriors in the NBA Draft on Thursday.

“I’m a big believer in Moses Moody. He not only has size, but he’s got great length,” ESPN college basketball analyst Jay Bilas said prior to the draft. “His arms go forever, and he can make shots. He’s a scorer that can not only knock down a perimeter shot and a midrange shot, but he gets to the free throw line, and that’s a skill.