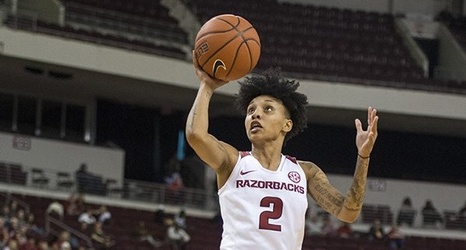 FAYETTEVILLE — University of Arkansas women’s basketball Coach Mike Neighbors talked about playing with urgency a year ago, and his Razorbacks responded with a run to the SEC Tournament finals.

Neighbors admitted to different feelings Tuesday after Arkansas achieved its highest finish ever in the SEC and heads to the Bon Secours Wellness Arena in Greenville, S.C., as a No. 5 seed in this year’s tournament.

“We know we’re in the NCAA Tournament,” said Neighbors, whose team climbed back into The Associated Press poll at No. 25 on Monday. “We didn’t know that last year. We were going down there with something to prove.