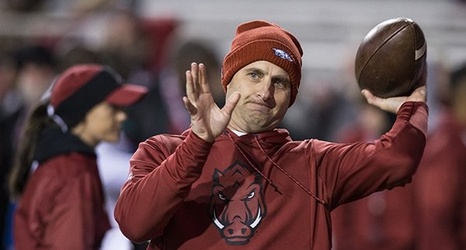 FAYETTEVILLE -- Barry Lunney Jr. and Ed Orgeron share something in common other than leading the Arkansas Razorbacks and No. 1 LSU Tigers, respectively, who will meet on Saturday at 6 p.m. at Tiger Stadium in Baton Rouge.

They have both had "interim head coach" attached to their names at high-profile schools.

Lunney, a former University of Arkansas quarterback, will make his debut as the interim coach for the Razorbacks on Saturday.