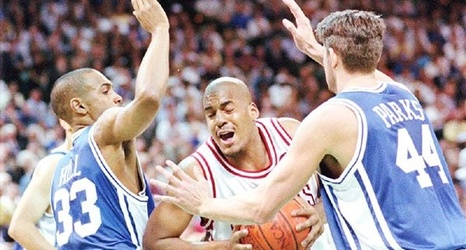 On what was supposed to be the first day of the Sweet 16, we decided to take a look back at 16 of Arkansas' most exciting NCAA Tournament games.

Most of the games occurred during the Razorbacks' glory years, when coaches Eddie Sutton and Nolan Richardson took the team to 22 tournaments between 1977 and 2001. Arkansas had a 36-21 record in the tournament and played in the Final Four four times during that span.

Seven of the games on the list included a game winner in the final five seconds, while most others included a go-ahead shot in the game's final minute.