Longhorns win big ahead of trip to Arkansas 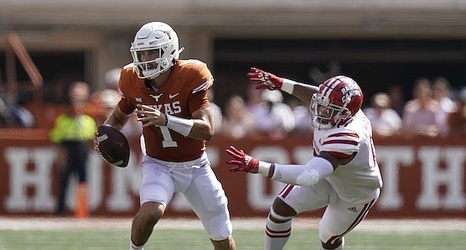 Robinson, who has garnered early attention as a potential all-American this season, scored Texas' first touchdown on a pass from Card in the first quarter, then punched in another on a 7-yard run on the first possession of the third that put Texas ahead 21-6.

Robinson finished with 176 total yards rushing and receiving in the kind of all-around game Sarkisian had promised to use.