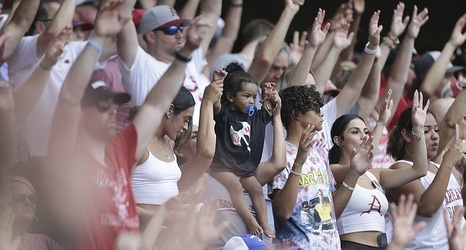 The winner of Sunday’s game will advance to the College World Series. The loser’s season will end.

Arkansas advanced to the super regionals by going 3-1 in a home regional against NJIT and Nebraska.

NC State won the Ruston (La.) Regional with a 3-0 record against Alabama and No. 16 overall seed Louisiana Tech….The Wolfpack went 19-14 in ACC play after a 1-8 start. NC State finished second in the ACC regular-season standings and was runner-up at the ACC Tournament.