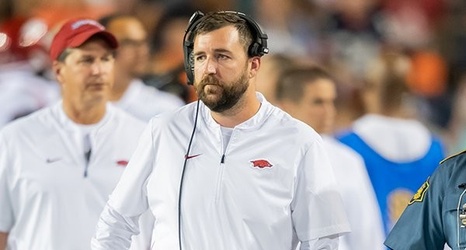 Arkansas’ 18-14 shootout victory over Ole Miss on Sunday ended in a battle of the teams' ace relievers who were pitching for the second time in two days.

“It came down to Broadway and Kopps, their guy against ours,” Arkansas coach Dave Van Horn said. “Fortunately for us, we got the lead.”

Broadway pitched 2 2/3 innings Saturday night in the second game of a doubleheader, but the Razorbacks made him work during a 19-pitch ninth inning that drove his pitch count to 45.