Kevin Kopps, Arkansas’ Best Pitcher, Puts a Torch to Misconceptions about What a Closer Can Be 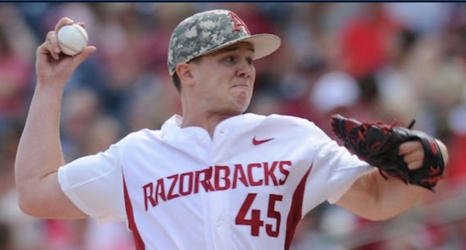 As Arkansas mercilessly thumped its in-state foe from Pine Bluff Wednesday afternoon en route to a 26-1 final, Hog reliever Kevin Kopps showed up on camera in the middle innings. He wasn’t slinging un-hittable off-speed magic; instead, merely donning a pair of shades on an overcast day and chattering in the dugout with his mates.

He earned the day off, and that touch of cool, too.

Arkansas is the consensus No. 1 team in college baseball now, and not entirely because of its prodigious lineup. While Kopps might not get the work or the plaudits that Vandy’s 1-2 punch of Kumar Rocker and Jack Leiter earn, he’s perhaps the most vital pitcher in a conference laden with them.