Jones cemented in SEC player of the year talk 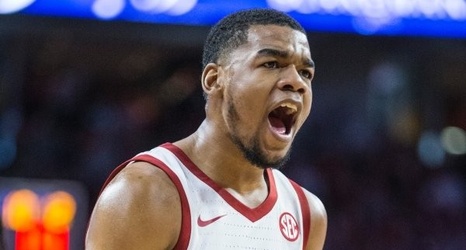 FAYETTEVILLE — Entering the final week of the regular season, the race for SEC player of the year is heating up.

As it stands, with two games to go until next week's conference tournament, it appears three players - Kentucky's Immanuel Quickley and Nick Richards, and Arkansas guard Mason Jones - stand above the rest in that discussion.

An argument could also be made for Mississippi State forward Reggie Perry, who is averaging 17 points and 10 rebounds per game for the 19-10 Bulldogs, who are 10-6 in league play after an up-and-down road in nonconference.

Team success is an obvious variable considered when crowning the top player in the conference.