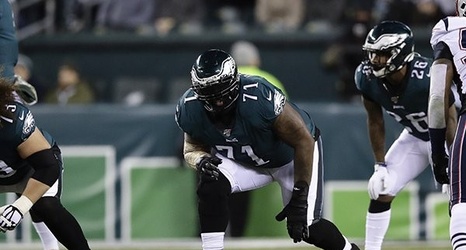 FAYETTEVILLE — Former Arkansas offensive lineman Jason Peters was named to the NFL's official All-Decade team for the 2010s on Monday.

Peters, who spent the entire decade playing for the Philadelphia Eagles, is one of four offensive tackles on the All-Decade team. Other tackles on the team are Tyron Smith (Dallas Cowboys), Joe Staley (San Francisco 49ers) and Joe Thomas (Cleveland Browns).

Thomas is the only of the four tackles not currently in the NFL, although Peters, 38, is an unsigned free agent following his release from the Eagles last month.

In Philadelphia, Peters was a four-time All-Pro.