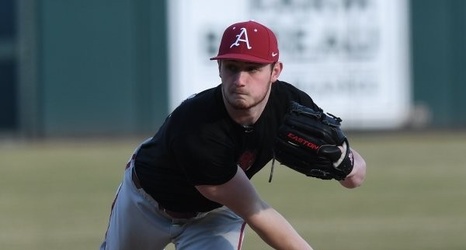 FAYETTEVILLE — Kevin Heinrich was in the building next to where everything happened.

He was on a bathroom break when he heard what he thought was fireworks exploding. Then the fire alarm sounded in Marjory Stoneman Douglas High School in Parkland, Fla.

Heinrich followed the fire drill procedure when in a restroom. He exited and made his way down a stairwell. That’s when he ran into his mother, Marilyn Rule, a physical education teacher at the school who was scheduled for a planning hour that period.

“I was walking by and we saw each other,” said Heinrich, a freshman pitcher entering his first season at Arkansas.