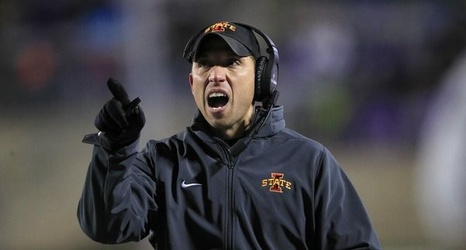 AMES, Iowa— Iowa State and coach Matt Campbell have agreed on a one-year contract extension through 2025.

The Cyclones announced Tuesday that Campbell has been locked up for the next six seasons, ending speculation he would be a candidate for any number of job openings. Terms were not disclosed.

Iowa State, picked third in the Big 12 preseason poll, finished the regular season at 7-5 — though three of those losses came to ranked opponents by just four combined points.