How we see it: Arkansas-Western Kentucky predictions 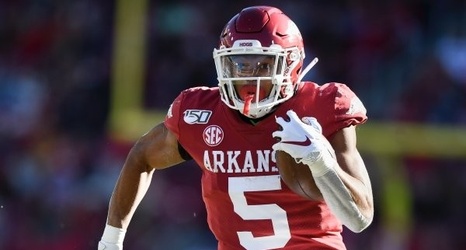 I like Rakeem Boyd’s prediction that we will see KJ Jefferson again this week against Western Kentucky. Boyd also said Jefferson can do it all. At this point, that’s all that matters. Arkansas, 27-20

A lot of attention will be paid to the offenses, but this has makings of a relatively low-scoring game. For the first time in weeks the Razorbacks have an opponent they can beat at the line of scrimmage. Arkansas, 24-16

I don’t feel good about a prediction either way, but I think we really see the future of Arkansas football shine in this game.